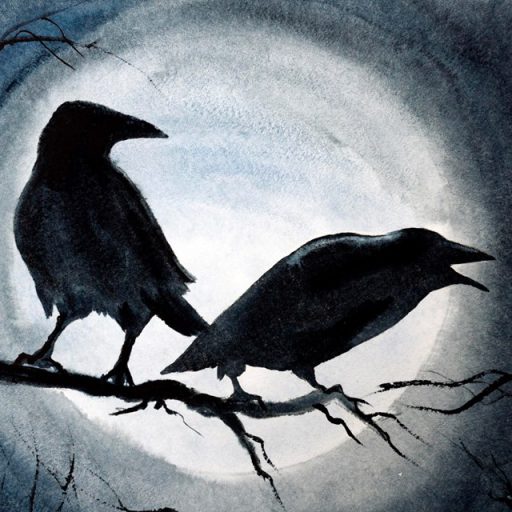 There’s a running joke among writers, that goes something along the lines of an over-zealous English teacher explaining to their class that the curtains being blue shows the depression and sadness of a character in a scene. Meanwhile the confused writer sits there going ‘Huh? No, I meant that the curtains were blue.’

Of course, writers being writers, this then goes from a laugh at over-interpretation to a serious, then acrimonious, then downright nasty discussion about what control we have over our work once it’s out there, and what right we have to decide which interpretations are correct. Godwin’s Law applies – someone usually gets called a Nazi. Or a Commie. Or both (there are some very confused people on the internet).

Where do I sit in all of this? Well, I take a mid-view. If someone interpreted my work in a way that I knew I hadn’t intended, I’d probably be at pains to show more clearly what I actually meant in later installments. Sometimes, even I don’t really know myself what I meant by something, so the interpretations of my readers are fun. It’s what makes working on fantasy stuff with my co-author Andy so interesting – the way she can take things I’ve created and put new spins on them, so that they become something entirely new. One of my favourite moments in the writing and redrafting process of In Murder’s Shadow was when my sister referred to a character as McRobbie. It’s not his name, but it meant that he’d taken on a life in her head as well – he existed outside mine, and meant something to someone else.

Ultimately, I have to agree that once I put something out there, it will mean something different to every person who reads it. They will all interpret it in slightly different ways, like certain characters more than others, make it theirs.

I am part of, at last count, six online writers’ groups with varying degrees of participation. I’m a lurker in some, semi-regular in others, and I’ve press-ganged several members of one into an ongoing in-group fan-fiction, Star Trek The New Class, featuring the adventures of the USS Tadpole (her ongoing mission: to actually get mentioned in an episode of one of the TV shows, even if it’s only a Buzzfeed list of the Top 10 Most Embarrassing Reasons a Starship Blew Up). But nothing beats real-life regular feedback, and so every third Monday of the month I rendezvous with the lovely folk of Hawarden Ink at Gladstone’s Library to share our scribblings. It’s the building in the photo on the Facebook page. This last January I shared with them an early scene from Hawthorns (see! I am writing it!) and got some interesting feedback. One contributor considered Paul Quinn’s apparently quite detached reaction to a stabbing, then put that together with my comment that his approach to investigation is thorough, meticulous and methodical, and asked if he was autistic.

I had to think about that actually – and I think it’s a little telling that I looked over at one of my beta-readers, who was also in the room, to see what she thought. My honest answer is that I’ve never written Paul as autistic, and I’d’ve approached character development completely differently if I was doing that, but that I could see why she thought he might be. The character backstory I’ve created for him somewhat supports that – by In Murder’s Shadow Paul has a history of being bad at maintaining relationships, is known for being a disciplinarian and is seen as being somewhat unapproachable by junior officers. These are all traits that readers could interpret as suggesting that Paul is autistic.

I can’t argue with that. It’s not the way I’ve written him, but I don’t control how anyone else reads him. I made a joke out of how Paul’s being a strait-laced detective who does everything by the book was so unusual in a genre dominated by alcoholic mavericks that the only way the readers could understand him was as autistic, as a State of the Genre satire, but really, I can see how the interpretation could arise. That got me thinking about Sandi, Paul’s protégé, who is very like him in many ways.

Both follow police procedure and rules closely and have a limited tolerance for rule-breaking. Both believe in being thorough and meticulous, and much like Paul, Sandi has a small social circle and very few people she feels completely comfortable around. I tend to think of her as being quiet and not especially outgoing as a child and teenager, which is a trait common among autistic girls and women and often leads to their being either misdiagnosed or not diagnosed at all (since good girls are supposed to be quiet).

There are reasons why I’ve written both of them this way. Their focus on procedural correctness and thorough investigations is an attempt to show how detective work really happens. In real life, detectives who break rules and ignore evidence in favour of their hunches collapse cases and allow criminals to escape justice. Their socialising habits mimic mine; presenting a front to the world to hide what they’re really feeling, only really feeling close to a small handful of people. In my case, the front covers my trust issues and a constant worry that I can’t actually socialise normally stemming from two years’ intensive bullying at primary school. In Sandi’s case, constant anxiety as a result of being a victim of sex crime herself and the pressure she feels to prove her abilities. In Paul’s case, that he doesn’t really have anything in life other than his job and doesn’t really know how to be anything but a detective.

So that’s what I’m actually thinking of when I’m writing Paul and Sandi. But you might be reading that, especially the part about ‘Presenting a front to the world,’ and thinking ‘Well, that sounds very autistic.’ And I won’t argue. It’s not how I’ve written either character. But it’s certainly a valid interpretation of them.

I know a good chunk of people who could read this and think sniffily, ‘But there’s no way an autistic person could be a police officer.’ Well, actually, you’d be very wrong about that. It’s called the Autistic Spectrum for a reason, and actually police work with its structure, routines, and rules, suits autistic people very well – especially uniformed branch work, where there’s actually a rather limited range of interactions an officer will have with members of the public. I know a story of a police officer whose son was being diagnosed with autism, who read the assessments, realised that they also described himself rather well, had himself assessed, and learnt that he too was autistic; by this time he’d risen to the rank of Chief Inspector. So it’s not impossible, it’s not unrealistic, it’s not even uncommon, and if you’re the kind of person who thinks that autism is some kind of way of getting a court to let you go for crimes, can I politely suggest that my writing isn’t for you, and also that you look up the McNaghten Rules for an eye-opening tour of how the British criminal justice system actually deals with mental health. Spoiler alert, they were written in 1841, when medical science still believed that teaching women to read could melt their brains.

Getting back to the point, if I was intentionally writing either character as autistic, I’d’ve have approached their development differently. I’d’ve looked at stories of autistic people in people-facing jobs like police work, looked at coping strategies of autistic people in fulltime work, looked into how difficult it would have been for Sandi to be diagnosed – if she even would have been. I haven’t done any of that, which is what I mean when I say that I haven’t written either character to be specifically autistic. Given that many police officers are on the Spectrum, it’s certainly something that I want to do. But I haven’t intentionally done so yet.

In the end, as with all interpretation, it’s something I have to leave to the reader.

Now, for the shameless plugs…
If you’ve enjoyed this post but want to see if I can actually write anything, check out the short stories on this site at https://attemptedmurder.uk/shortstories/.Or, to get a quick insight into Paul and Sandi, you can look over their character sketches, at https://attemptedmurder.uk/character-sketches/. If you like my scribblings and want some of the behind-the-scenes insights into my creative process that I also provide, then swing by my Patreon page at https://www.patreon.com/stephenhenry. Or, if you just feel like I deserve a coffee (I actually detest it and prefer tea) then go to https://ko-fi.com/stephenhenry. Or don’t. No pressure.
Most likely you found this post through Facebook, so if you like the site, help my page grow! https://www.facebook.com/StephenHenryWriter/ is the place to go, so give it a Like. You know you want to…

3 thoughts on “Leave it to the Readers”